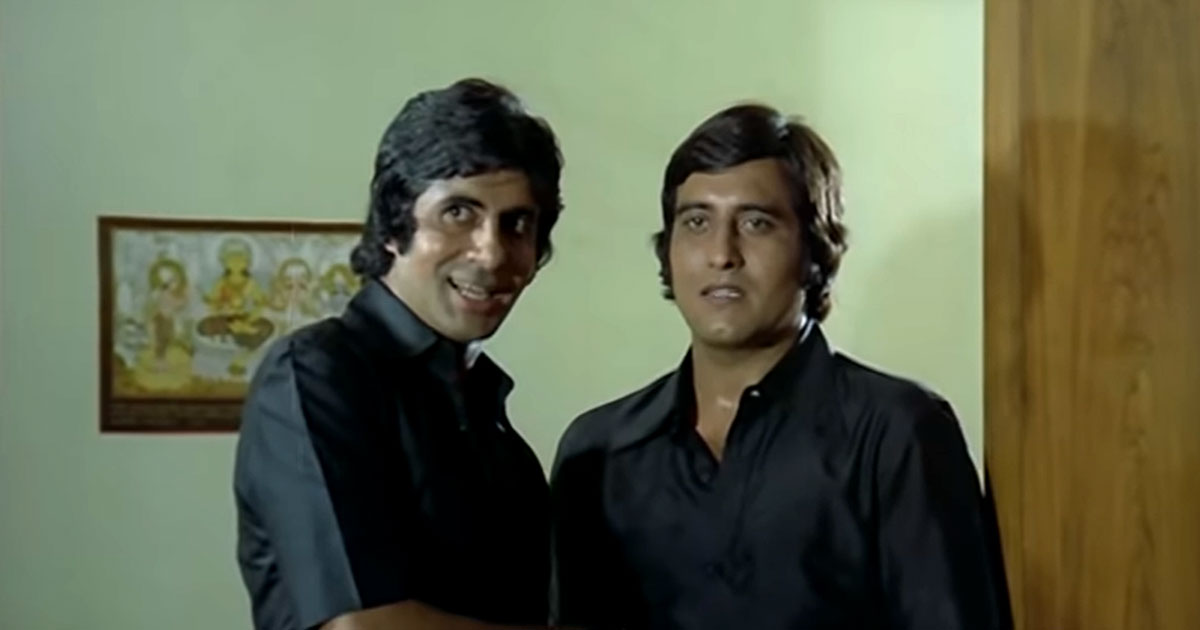 Amitabh Bachchan and Vinod Khanna’s Muqaddar Ka Sikandar was released in 1978. Prakash Mehra’s film was a huge success at the time and became a cult classic. Big B, who shares a personal collection of events and happenings from his life on his blog, once shared an incident in the set where he felt guilty.

Acting in movies is a dangerous business and sometimes scenes can go wrong, especially for the action scene. Bollywood actors often perform their parts as best they can and end up harming the actor when he wants to express anger in the process. A similar situation occurred in the Muqaddar Ka Sikandan groups.

Amitabh Bachchan expressed her notes and emotions towards former actress Vinod Khanna on her blog. Recalling the incident in the film Muqaddar Ka Sikandar, the veteran actor was accidentally injured while filming a scene from the film Vinod Khanna.

In the scene, Big B’s character had to throw a glass at the angry angry actor but the glass hit his face and he didn’t seem to do it. The glass cut his chin and the actor Chandini was bleeding. Amithab immediately took Vinod Khanna to the hospital and went with him to her house to make sure she was well too.

Ayushmann Khurrana misses performing on stage, says he'll 'probably cry' if gets to do this again
Read More

Amitabh Bachchan wrote in her blog: “When I had to throw a glass of guilt at her and accidentally hit her chin, I opened it to my teeth. Repentance and guilt in me the date of this unfortunate accident … Late night to the doctor , sew, drive home with her to live and apologize for this horrible accident that continues to apologize … “