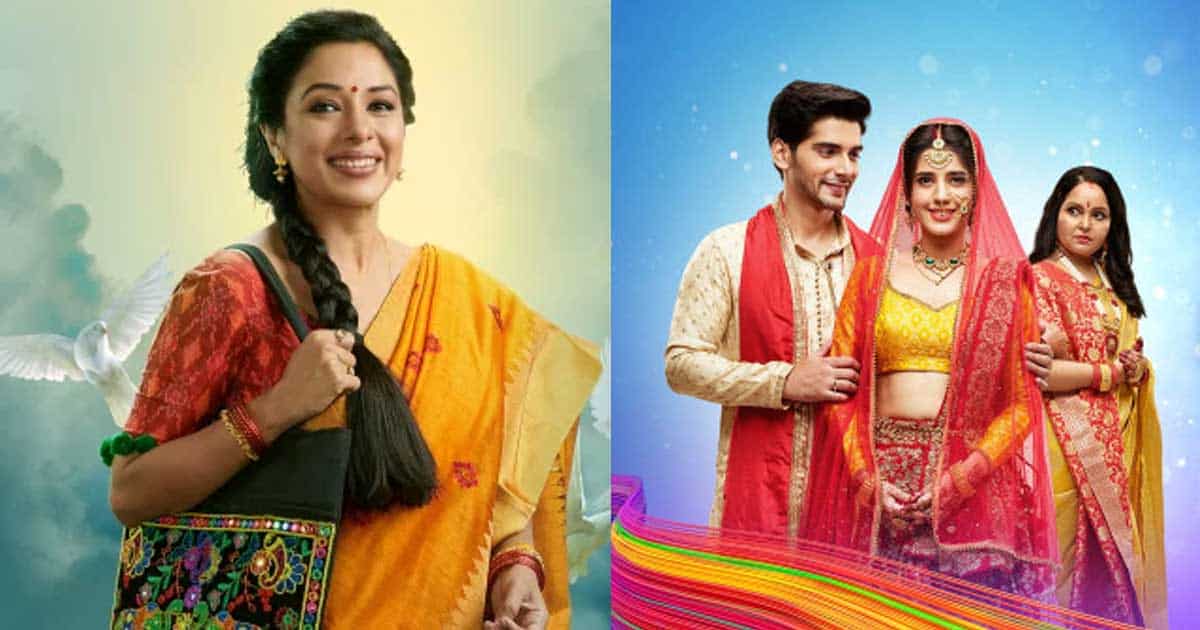 Since the era of typical Saas-Bahu soaps or the love of Triangle Sagas, television audiences have been watching more mature content when it comes to sessions focused on Indian women. The empowerment of women is a widespread problem in all spaces and with sessions like Anupamaa and Lakshmi Ghar Aayi, the Indian TV industry has also taken on an interest.

Instead, the audience takes on narratives based on women, where the whole story revolves around female characters. But the Creators are trying to portray these characters in a more diverse way so that they are realistic and entertaining, and in the process they define a new Indian woman.

For example, TV shows like “Apna Time Bhi Aayega” on Zee depict the story of a young Rani girl played by Megha Ray. She dreams of becoming an engineer and balances her homework with her studies. Star Plus ’Anupamaa shows a middle-aged woman breaking the rules of today’s society and stepping out of limited boundaries.

Also, “Teri Meri Ikk Jindri” tells the story of a Punjabi girl Mahi (Amandeep Sidhu) who strives to build a career out of a passion for driving. She thinks outside the box and tries to break orthodox thinking by launching a Taxi service for women.

While she is gaining popularity for shows aimed at women, director Dharmendra Sharma of “Apna Time Bhi Aayega” said today that viewers are starting to accept the changes and are open to exploring new ideas in a TV show story. She explains, “Audiences prefer not only to be entertained, but also to see content that inspires them in different areas of life. That’s why there has been a radical change in content based on women, because they are women who want to empower the majority of our audience.”

She added, “Since women are now succeeding at all stages of life, there has been a natural need to change the rules followed in the world of television. Producers rely on content that is relevant and satisfying.” Sharma continued: “I think it’s changing the characters and protagonists of a show that are being designed for television. They’re more relevant to the audience and can empower them in many ways.”

Although women-centered shows aren’t new to us – there have been series like “Tara” or “Shanti” – lately the show has been picking up on bold themes that society normally ignored. Gender equality, women who deal with issues outside of their husbands ’marriage, and even girls’ education are thoughts that have begun to focus on shows.

These shows don’t just try to be sermons on women’s issues, they tell an interesting way for the general public to understand. For example, “Anupamaa” is a Star Plus, a middle-aged woman, Anupamaa Vanraj Shah (Rupali Ganguly), shows that she is aware of her value and breaks existing social norms and moves beyond her boundaries. He tries to be the voice of his rights and fights for them. So the fact that the Creators have a connection to issues related to contemporary women has become more subjective.

Also, the dot system “Lakshmi Ghar Aayi” in Star Bharat is not new at all, but the peninsula it presents makes it interesting. It is the story of an independent and confident Maithili girl played by Simran Pareenja. To make the story as important as the way parents support girls ’education today, it has emerged as a way for her father (Ashish Kaul) to always support her daughter.

Neelima Bajpai, producer of “Lakshmi Ghar Aayi,” opens up about the issues women are currently dealing with in day soaps. He says: “As we conceptualize the idea, we need to keep in mind that our audience is from different parts of the country. They may or may not be educated. But we also need to reach out to them. That’s possible if we tell the story in a light and engaging way. We can’t ‘jhanda garo “Use the path because not everyone will be interested. Serious feminist issues won’t reach a larger audience. So I try to be emotional and simple.”

Over time, awareness has grown and as a result of social media, viewers have access to shows around the world. So now they’re more skeptical about the characters, so the directors are careful while dealing with issues related to women. They’re trying to present a strong female protagonist because the audience doesn’t want the main actor to dominate and continue to cry.

Mitali Nag, in Ghum Hai Kisikey Pyaar Meiin, plays the character of the girl with a mental challenge: “The audience of TV shows is women; who have access to a lot of things and manage all of that perfectly. The younger generation is not related to vulnerable female characters. “

Thus, all these daily soaps try to show how the female protagonist refuses to tie her humble roots. He tries to break the various ropes in his back and work on his destiny. The stories are inspiring and telling for all the women who have seen or faced similar problems in many ways.

Stay tuned to Koimoi to find out more about TV shows like Anupamaa, Lakshmi Ghar Aayi and others.

Black Line: Did his relatives kidnap Rahul Vaidya and Disha Parmar’s Suhagrat? Here’s what Bigg Boss 14 has to say about the bad night on the second night