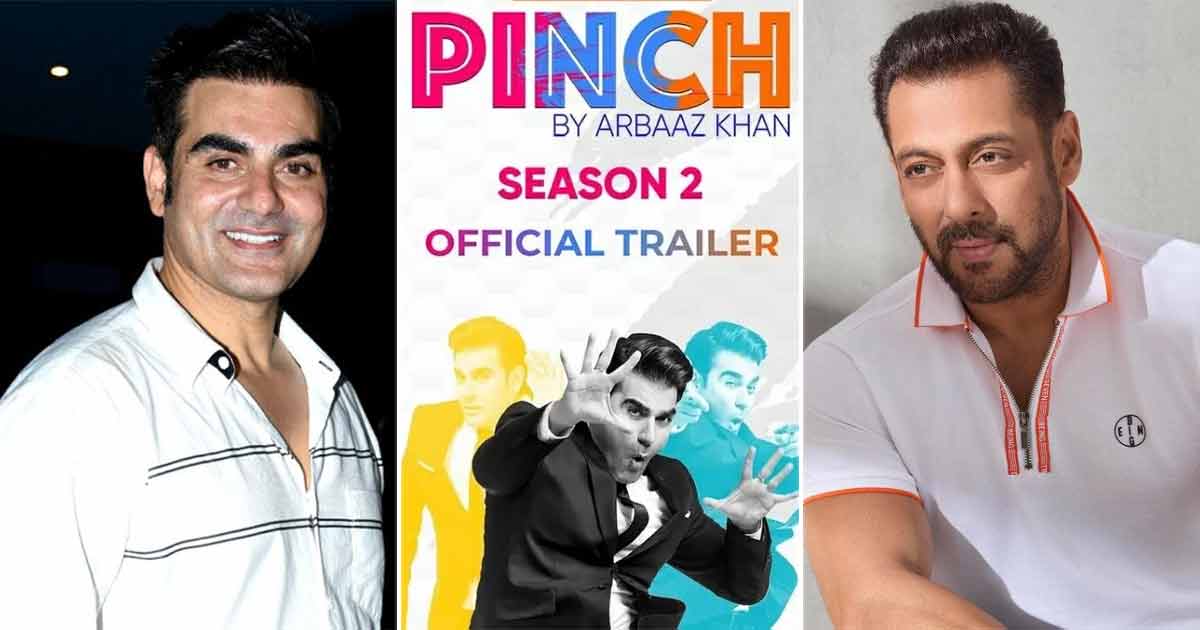 As Season 2 will be different, Arbaaz revealed: “Season 2 will be the same as the essence of the first season, so it will be different because we will see different celebrities on the show. Their perspective would be different and after the first season we understand what they are improving. or the questions we ask about the areas we improve and how we promote or project this show. So in many ways, it will be bigger and bolder. While the essence remains the same, we have new things to add for sure this season. “

Arbaaz Khan continues: “The things we changed were that our show had a greater tendency towards Hindi so that the audience could relate more. In India we asked and expected answers so that we could reach the maximum number of people.”

Salman Khan will be the first guest this season, Arbaaz added.

“This time it’s going to be Salman to open the season, it’s something we decided on before. Last season we didn’t consciously be on the show for the simple reason of being his brother and the first time I organized it I wanted to do a kind of show and believe it would be something. At the time, I felt that if we ever had to get into Season 2, it would be one of those seasons, thankfully Season 1 was well received, he saw it and he liked it a lot and now he was ready to be a part of this show rather than being here just because I was organizing it. It feels really good to have climbed to like what they saw before, ”says Arbaaz.

As guests of the show have to react to comments or trolls on social media, there is a chance that they may not like the idea at times. In this regard, Arbaaz responds: “Most stars are incredibly mature on social media. They have their own way of dealing with negativity, trolls, etc. “They have something to take. It’s good to see that most of them know that social media and some negativity and trolling come with the local territory and they don’t let it get into their skin. They know how to deal with it.”

"We would never do anything to offend anyone"
Read More

While at times celebrities are hesitant to share their personal experience, how does Arbaaz deal with such questions as a host?

“Most of the people involved in my session feel comfortable sharing personal and professional experiences with me. They also understand the show, so even though my show is called Pinch, in the worst case, they are fine with answering all the questions. If you’re uncomfortable, that’s very rare, we ignore that. ”

He adds how the show will address the issue of cyberstalking. “I agree that cyberbullying has become a nuisance and should not be taken lightly because it affects people’s mental health. Some of those who are vulnerable can take pressure and take drastic steps, as well as those who cannot cope with mental problems and feel suicidal. So our show through, we guide these young people who idolize the stars, how to protect them, what means they have and how to deal with trolls, by consulting a family member or complaining about it ”.

Answering how they would react to social media trolls if they were a guest on the show, Arbaaz says: “If I were on the show as a guest, I would be a little better prepared for what the show is all about. I would like to answer most questions or refusals from social media. because I have found one to find humor or to find a view that controls me overreacts. If the criticism is concrete, maybe I can learn something from it, I will be grateful. But if it is just an unfounded assertion, I would have a different view. “

Streams show on Zee5 and QuPlayYouTube.