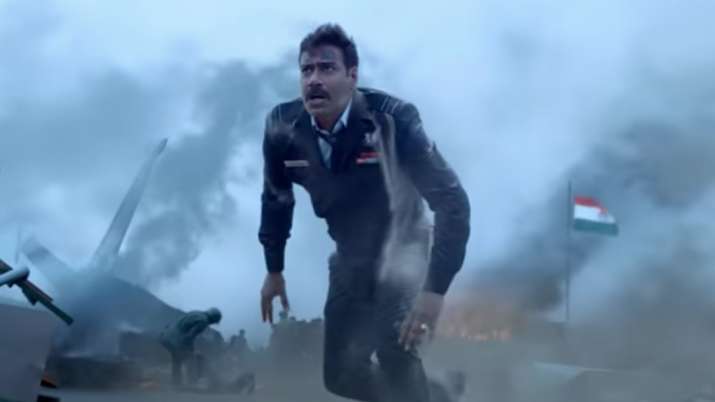 On Sunday, Ajay Devgn treated his fans to exciting news on social media to share the first teaser of his first film, Bhuj: The Pride of India. The film is based on the 1971 Indo-Pak war. The IAF squad has a trip to Vijay Karnik. who was in charge of Bhuj airport, and how he rebuilt an entire IAF air base with the help of 300 women from a local town in Madhapar to protect our country. The film also stars Sanjay Dutt and Sonakshi Sinha.

The teaser is full of action and emotion. He shares deadly strikes, missile launches, warship attacks and more. Ajay Devgn is seen in full uniform and through him the emotions of a soldier are depicted.Sonakshi Sinha has a unique dance number and Sanjay Dutt makes a mysterious appearance. While Ajay’s voice is heard telling him not to say his death, it is the martyrdom he has chosen.

The film directed by Abhish Dudhaiya will be released on August 13, 2021 in the Disney + Hotstar VIP film only.