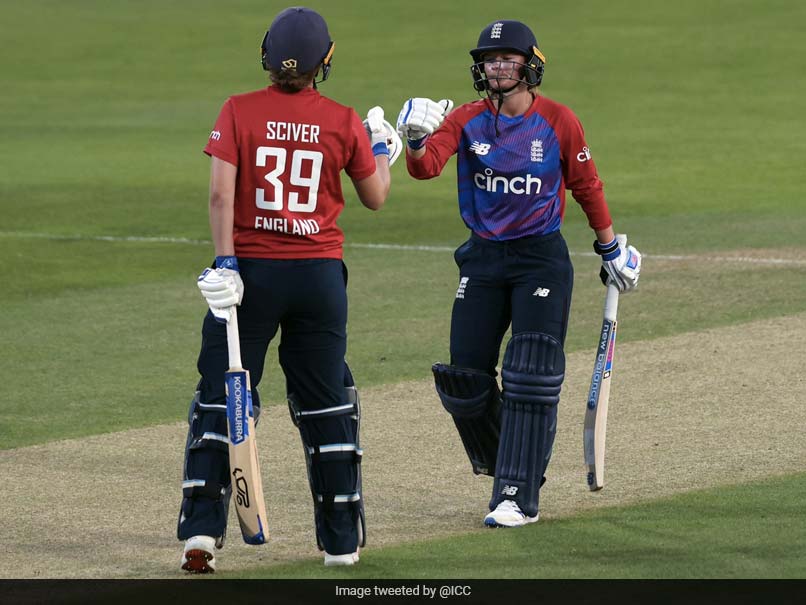 The women of England beat the 8 women of India in the third T20I to win the series 2-1.© Twitter

Opener Danni Wyatt smashed 56 balls with more than 89 undefeated balls to put Smriti Mandhanak off an elegant 70 England won eight wickets The victory over the Indian Women was an easy one to finish the T20 international third in the series 2-1. After losing the three-match WODI series by an equal margin, Indian women under the direction of Mithali Raj and Harmanpreet Kau have now lost four white-ball successes at home, two at home against South Africa.

With the series locked at 1-1, Mandhana was the Indian captain, who had eight fours and two sixes at the time of the 51-ball hit.

He came out of the Pacers effortlessly, playing in the beautiful lofted inside while spinning with the 68 Harmanpreet pattern (36 balls off 26), which made him look a bit different.

Young Richa Ghosh broke four limits at the end of his 13-ball-20, surpassing the 150 mark.

While India defended 148 in the previous game, Wyatt took the hang of it, breaking 12 boundaries and six.

He received excellent support from ICC’s No. 1 seed Nat Sciver, who fired a rocket with 42 balls after 42 balls financially to get 16 of the four in 16.

In fact, Wyatt came out of his wrinkle breaking Poonam’s Loopy’s slow delivery to break through the park. The Chase became over 18.4 years old.

The loss of the twins following the failure of the South African home series has been a major setback for the Women’s team that will play in the 50th World Cup in New Zealand early next year.

Next time they will travel to Australia and the tour will also feature day and night tests.