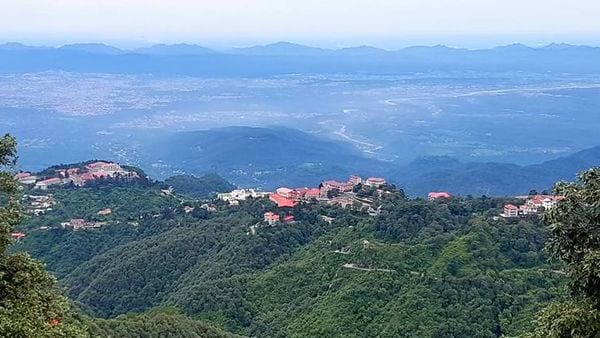 Union Minister Nitin Gadkari has announced that the Center has approved a project to build a tunnel in a popular tourist spot in Mussoorie, in an attempt to free Queen Hills of Queen from heavy traffic.

The center has made a gesture to the project, the cost of which will be calculated accordingly ₹700 million. The length of this new tunnel will be 2.74 km and will prevent traffic from being decongested from the main town.

The double-track tunnel, probably called Mussoorie Bypass, will connect Mall Road with the Lal Bahadur Shastri Administration Academy along the 707A national highway.

Nitin Gadkarik went on Twitter to announce: “For easy and stacked connectivity to Mussoorie village, Mall Road and LBSSNA (IAS Academy), Project Management Advice has been provided thanks to the 2.74 km long Mussoorie tunnel of 700 Cr with budget. in NH 707A. “

To make connectivity to the town of Mussoorie, Mall Road and LBSSNA (IAS ACADEMY) easy and cumulative, Project Management Consulting has been assigned to the NH 707A for a 2.74-kilometer-long Mussoorie Tunnel with a budget of 700 Cr. #PragatiKaHighway

The Ministry of Road Transport and Highways has already appointed consultants to prepare a detailed report on the tunnel project next Tuesday. Gadkarik approved the designation of PMC for the tunnel, which will now take steps to obtain the necessary permits for the environment and construction. It may take the PMC one year to get all the necessary approvals before launching the project on the ground.

With Tesla’s army of cars arriving in Israel, EV is expected to dominate the market here
Read More

Rawat said the construction of the tunnel will ease traffic in Mussoorie and boost tourism growth, but will also help with relief and rescue operations in the event of a disaster. The chief minister believes that the tunnel will improve connectivity to the Jaunsar Bawar area, which is dominated by tribes, and will help in development.