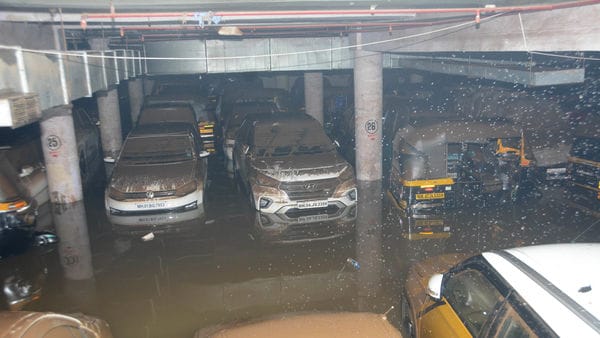 In a shocking case of property damage, more than 400 vehicles parked on an underground plot of Kandivali Suburbs were plunged after heavy rains hit Mumbai and surrounding areas over the weekend and Monday. It was reported that some high-end vehicles were also parked on the plot and most of the vehicles were badly damaged due to the ingress of water inside the engine bay and cabin.

(Photos: From Mumbai to Munich and beyond, floods disrupt daily life)

The PTI news agency reported that one activist has highlighted the number of 400 if the Brihanmumbai Municipal Corporation (BMC) has not yet supported it. The car park was built by a Mumbai Civic organization and was run by a private contractor.

While most of the damaged vehicles included car rickshaws and scooters, there was a higher number of passenger vehicles such as luxury cars from brands such as Hyundai Creta, Volkswagen Polo and Audi.

It was reported that rainwater continued to flow into the underground parking lot while it continued to flow outside. At one point, the car park is 15 meters away. And while efforts were being made to pump the water, rainwater was still about three feet high throughout Monday.

Local corporation Sunita Yadav said there was also rainwater entering the parking lot in the past, the situation was much worse this time around. He also said he believed the Civic organization should compensate the vehicle owners.

The BMC is examining the issue and said it will look into the compensation of the owners of these vehicles.