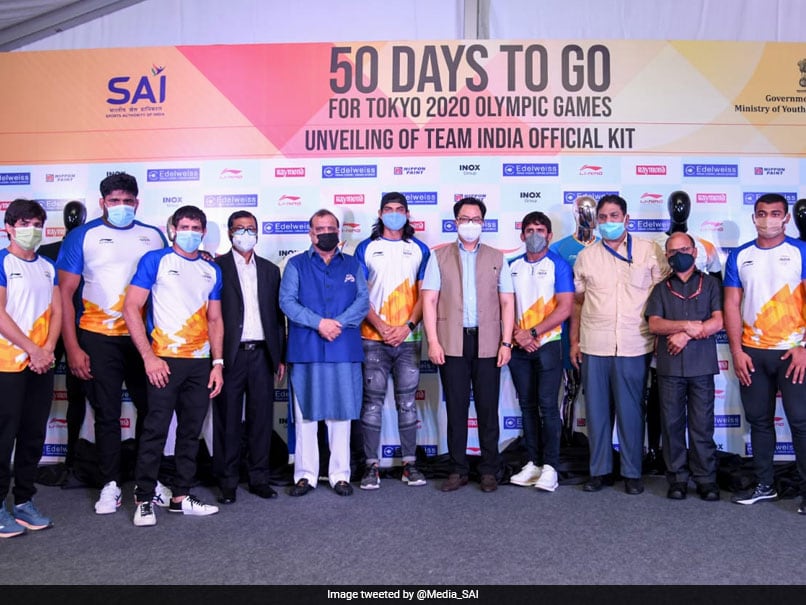 The Indian contingent for the upcoming Tokyo Olympics is expected to be around 190, including more than 100 athletes, Narinder Batra, president of the Indian Olympic Association (IOA), said on Thursday that Sports Minister Kiren Rijiju presented official kits for participants in the country. So far, 100 athletes have qualified for the Tokyo Games, including 56 men and 44 women. The Indian Olympic Association (IOA) expects another 25 to 35 cuts to the Games, which opens on July 23.

“… 125 to 135 (Qualified Athletes) at the end of the qualifying process for the next two or three weeks,” Batra said at the online event.

“This means that the Indian contingent, including civil servants and support staff, is likely to be around 190,” he added.

The number of civil servants may not exceed one third of the team of athletes in accordance with the provisions of the rules of the Ministry of Sports. However, the ministry can authorize additional officials for the government at no cost.

Batra also reiterated that India’s Haul medal could touch the two-digit mark in Tokyo, which will be an unprecedented achievement.

The head of the IOA said all athletes who have qualified for the Olympics have received the first dose of the COVID-19 vaccine except for some who have recently contracted the virus.

Rijiji has asked all Indian athletes to be fully vaccinated before going to Tokyo.

“The COI will release the Playbook (latest version) this month, but there will be only minor changes (from the previous version). We need to follow all health and safety protocols in the face of the pandemic.”

When he introduced the official kits of the Indian contingent, Rijiju said the whole country is behind the athletes.

“The Olympics is a platform where the best in the world will compete. I hope our athletes make an effort and the country is proud to have won medals,” he said.

“Today, the Prime Minister conducted a study preparing the country for the Olympics and assured the participating Athletes that the whole country is behind it,” he added.

His ministry was able to provide all kinds of support – economic and logistical – to athletes in the face of the challenges posed by the COVID-19 Pandemic.

IOA Secretary General Rajiv Mehta has said that each athlete will be given four official kits and more than 100 kits have been saved as a contingency.

“We have received the health protocols that athletes need to follow. There will be a double test for athletes before the start. We will work on all of these things with the head chef and his replacement,” Mehta said.