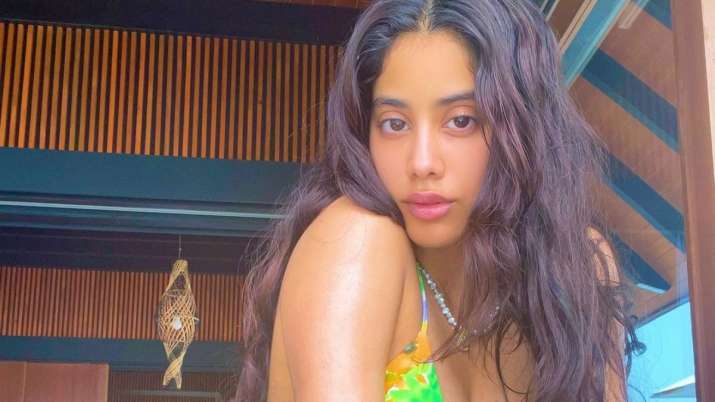 Bollywood actor Janhvi Kapoor has huge fans. He likes to treat his fans with his beautiful photos and videos. On Thursday, the actor threw a video behind one of his films. Going to his Instagram, Janhvi threw back the video. There, he is seen showing off his movements for the song Pakeezah (Chalte Chalte Yun Hi Koi). He can be seen with complete honesty, but he gives a strange response to the photo when he tells him to look at the camera.

For the subtitle, he just chose to type “#throwback”. When the clip starts, the star Roohi is seen wearing a peach-colored raw material when he looks away from the camera and then comes the ridiculous part of the video. When a person behind the lens asks him to ‘look at the camera’, he replies “Mujhe Nahi dekhna (I don’t want to look)”.

Janhvi then sees the yellow Sharara dancing. He sticks out his tongue as he looks at the camera. Then the video ends with the camera enlarging with Janhvi, arriving at the movie “Chalte Chalte Yun Hi Koi”.

Recently, Janhvi Kapoor went on social media to show off her painting skills, which reminded Bollywood actor Dia Mirza of Janhvi’s mother, Sridevi superstar mother. Janhvi shared a couple of photos on Instagram, in which, among other things, she can be seen painting on a horse, while in the other photo Janhvi was showing her artwork. Writing the titles of the Instagram photos, the actor wrote, “Can I still call myself a painter?”

In terms of work, Janhvi’s latest premiere is the horror-comedy film “Roohi” which premiered in March. The film, directed by Hardik Mehta, also features Rajkummar Rao and Varun Sharma.

The actor will be seen in the upcoming romantic comedy film “Dostana 2”. It also features the old-fashioned drama ‘Takht’. The film will also feature Kareena Kapoor, Ranveer Singh, Anil Kapoor and Vicky Kaushal. Apart from that, he will also be seen in Anand L Rai’s film Good Luck Jerry ’.