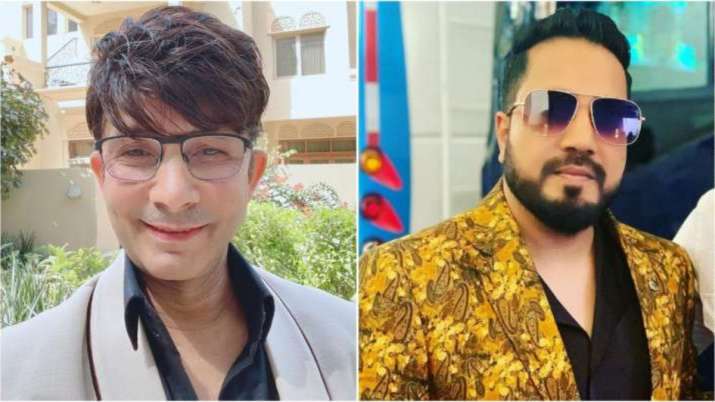 The actor turned Kamaal R Khan aka KRK into a film critic on Friday when Mika Singh reacted to the album he made. The track ‘KRK Kutta’ was posted on YouTube by Mika, who accused the singer of abusing KRK. The singer said the song was intended to be an “appropriate response” to KRK, the latter in the context of Salman Khan’s out-of-the-box fight with Bollywood star. The song is sung by Mika while Shaarib Toshi completes the track. The video shows the general public with a cameo by Vindu Dara Singh.

Taking to Twitter, Mika shared the track and wrote “The most anticipated song of the year for boys #Krkkutta #Barkingdog is OUTNOW Music by @toshisabri @shaaribsabri..”

Kamaal R Khan (KRK) tweeted under the influence of Mika Singh’s record label “I’ve seen # Mika’s song about me. Thank you for doing it. Thank you to the bookie (according to the Mumbai police record) for also appearing in the song # VinduDaraSingh. Thank you i’m for giving #ToshiShabri music to #MeToo master. Now wait for all the videos “.

Earlier, singer Mika Singh announced that she would be releasing a new single titled “KRK Kutta”, saying she wanted it to be the “right answer” for her. He said, “The KRK is a‘ gadha. ’Salman Khan had to file the case with him a long time ago. he talks about garbage, he starts abusing people, he says anything to anyone and the whole entertainment industry is silent. Someone has to give him the right answer, ”Mika claimed, justifying his song.

Also read: KRK says he met Shiney Ahuja and offered her the film, the actor refused: ‘Bhatt Sahab’ would take care of my career

Meanwhile, Salman Khan filed a lawsuit before the court demanding that he continue to commit contempt against actor Kamaal R Khan for continuing to do harmful harm, although he pledged not to do so. The petition filed a Defamation lawsuit filed by Salman seeking to prevent Kamaal R Khan from directly or indirectly making and uploading videos or any other content to his business Ventures and Film / Projects.

However, the KRK accused Salman of filing a dismissal complaint for the review of the newly released Hindi film ‘Radhe’.