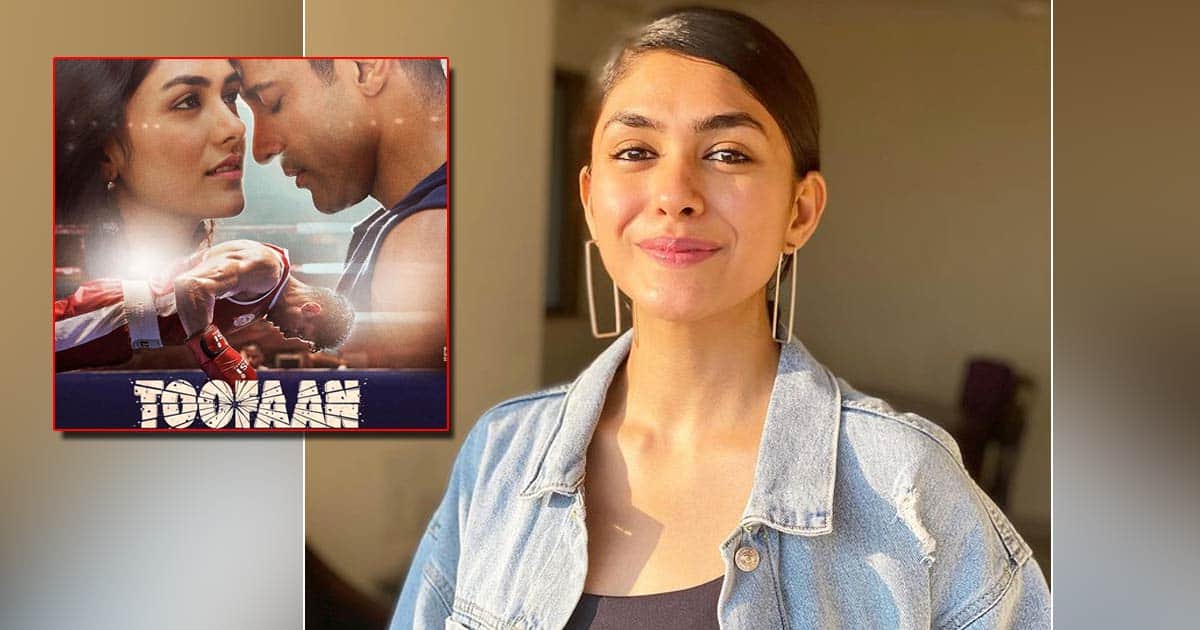 Actor Mrunal Thakur is delighted to be working with boxing drama “Toofaan” starring Farhan Akhtar with national award-winning filmmaker Rakeysh Omprakash Mehra. He says that playing Ananya in the film has given him strength and confidence.

Having an interview about working with Mehra, “Rang De Basanti” won the National Film Award and the BAFTA nomination for Best Foreign Language Film and also made “Bhaag Milkha Bhaag” among other films. Mrunal is overwhelmed.

“I think this is one of the most Toofani Moments I’ve been through. It’s my fourth film and I had the opportunity to work with Mr. Rakeysh,” Mrunal told IANS.

“I think all the other actors will be jealous and I feel lucky,” the actor said, adding that the film was a “complete process”.

Mrunal added: “I’ve learned a lot. Ananya (her characters) have made Mrunal very strong and confident, and I also feel like a human being that I’m a catalyst for my family.”

Kajol is up and running again and it feels like a party!
Read More

“Toofaan” is the story of a boxer played by Farhan Akhtar who works hard to push his limits and win. The film will premiere on Amazon Prime Video on July 16th.