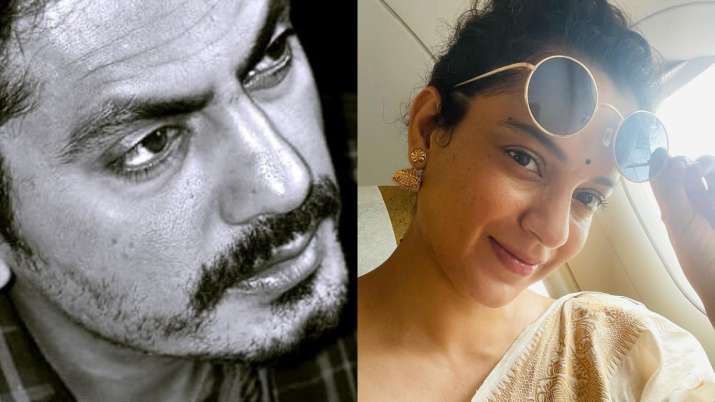 After winning the National Award for his debut as director of Manicarnica: The Queen of Jhansi in 2019, Kangana Ranaut is ready to make his digital debut as a producer with Tiku Weds Sheru, a love story and a satire. Kangana shared a news story about the production project on Tuesday. The actor took to his Instagram and announced that Nawazuddin Siddiqui Bollywood actor Tiku Weds has joined the Sheru group.

Kangana’s Manikarnika Films production company’s official Instagram handle has shared the ad. “The best actor of our generation joins the Tiku group with Sheru … We are privileged to start filming our Lion #TikuwedsSheru soon,” read the message in Nawazuddin’s photo.

Earlier, Irrfan Khan, who was an actor in Tiku, married Sheru. This is the first time that Nawazuddin and Kangana will be collaborating on a project. It is not yet confirmed whether Kangana will also appear in the film.

Filming for the film will begin soon.

Speaking about the project, Kangana said in a note: “With Tiku Weds Sheru Manikarnika Films is venturing into the digital space. It’s a satire with a love story and dark humor. In the digital space, we will create louder content, new eras and niches. We believe that the digital audience has developed a little more than the traditional film audience. “

The actor is preparing for his next film called ‘Dhaakad’. The film presents Kangana as a spy thriller named Agni. Arjun Rampal plays the Rudraveer antagonist. Director Razneesh Razy Ghai will be released on October 1st. Apart from “Dhaakad”, Kangana’s next list includes Emergency, Thalaivi and Tejas.