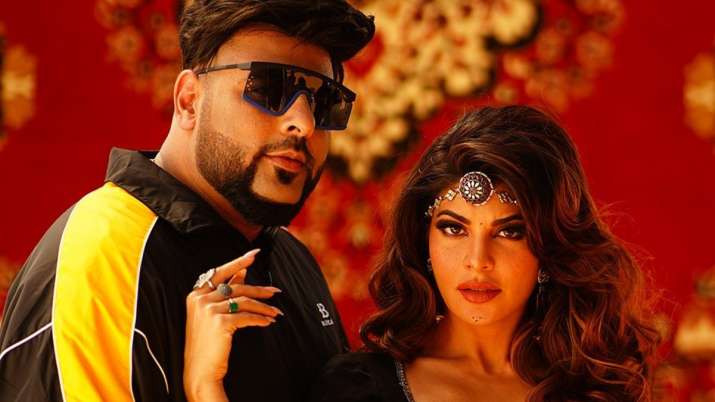 Paani Paani: Jacqueline Fernandez with Badshah in a teaser of a new song

Badshah and Astha Gill have unveiled a teaser for the new song “Paani Paani” starring Jacqueline Fernandez. The song is set to be released on June 9th. Jacqueline has shared a poster for the upcoming song on Instagram and says the headline is “Setting (fire emoji) in this Summer”. The song is written, composed and sung by Badshah with Aastha, and Jaiseline appears in the video, filmed in the exotic Jaisalmer. This is the second time Badshah and Jacqueline have collaborated. Both were spotted on the “Genda Phool” track last year.

Previously, the singer-songwriter duo shared many posters on Instagram. As Jacqueline was sharing one of them she wrote, “Your boy is Badshaaah !! Soon !!!” As Badshah wrote, “I’d like to know what’s next for you. @ Jacquelinef143 @aasthagill @saregama_official @badboyshah @adityadevmusic THE BIGGEST FROZEN SALMON. No kidding. No badge.”

The song will be released soon in Saregama. This is Jacqueline’s second collaboration with Badshah. This song will be Badshah and Gill’s fourth song together after ‘DJ Wale Babu’, ‘Buzz’ and ‘Heartless’.

Meanwhile, in front of the film, Jacqueline recently entertained the audience with her dance skills, as she made a special appearance in the song ‘Dil De Diya’ from Salman Khan’s ‘Radhe: Your Most Wanted Bhai’. He also has films like “Bachchan Pandey”, “Bhoot Police”, “Attack”, “Circus” and “Ram Setu”.