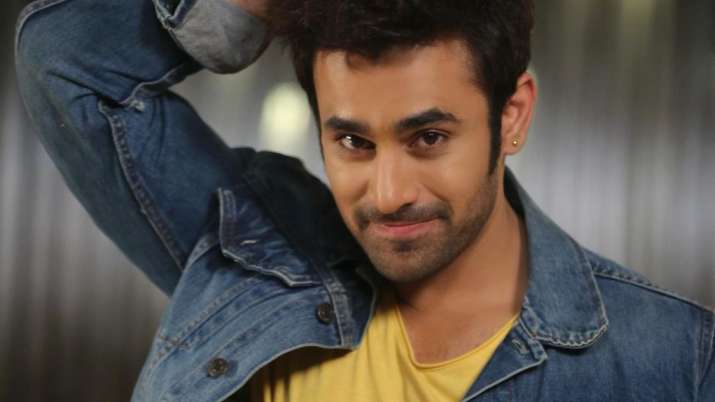 Pearl V Puri case: The victim’s father’s lawyer released a statement saying “the girl herself has been named an actress”

TV actress Pearl V Puri has been charged with raping a minor girl and has been in judicial custody for 14 days. Since his arrest, many industry friends and celebrities have appeared in his favor. The victim’s mother has also claimed that the actor is innocent. However, the father of the 5-year-old girl has filed a case alleging that the girl was named by him. The victim’s father’s lawyer released a statement via Spotboy and revealed that a medical examination had shown that the girl had been raped.

The statement read: “I, Mr. Ashish A. Dubey, the father of the father of the 5-year-old girl in Pearl V Puri, want to give an official statement on behalf of my client. One day, the father went to school to pay his school fees, the child ran to the father and said he was scared and wanted to go with him.When the child’s face was scared the father took him home.The child was confirmed to tell the truth about the harassment. The father named the accused after his own name (Ragbir) .The father did not watch the TV series, so he did not know it at all, nor was he aware that Ragbir was someone’s first and last name. the name is Pearl Puri.

When the girl was shown photos of different actors, the girl said no.

When the photo of Ragbir (Pearl Puri) was shown the girl confirmed that she was the same.

I want to point out a few points on behalf of my client because influential people make a lot of false stories and accusations on social media.

1) The child ran to his father for help. So because my father was responsible and loving, my client paid attention to the child’s problem and took him to the police station and made him a doctor. Is it a wrong thing or a crime?

Kishwer Merchant Reveals A Producer Asked Her To Sleep With The Hero; Says Actor & Producer Were Big Names
Read More

3) The girl reported the matter and it was confirmed through a medical examination that the girl was telling the truth. So where is my client (the girl’s father) to check her for her wrong complaint. The girl’s mother was also called to Nair Hospital at the time of the doctor and was there. Why would a 5 year old girl lie about this? The question I ask all my influential people on social media on behalf of my client is if a 5 year old child of yours reports this event, wouldn’t you follow the same procedure that my client did for your child.

4) Accusations, a bad marriage, a toxic relationship, a bad husband to divert the subject from the actual fact, it is completely wrong to have the child harassed. Whether the marriage is good or bad has nothing to do with what happened to the child.
The children’s medical report confirmed the truth, so why discuss all this.

5) The discussion should be that the 5-year-old child has been molested and that the molester should be punished. Rest all the rest doesn’t matter.

6) If an influential person arouses such hatred for the girl’s complaint against this heinous crime, would another parent try to fight for the child’s justice?

All of these accusations hurt my client, who is a middle-class man, because he is only fighting in this fight for the child. He is trying to get justice for the 5-year-old child who was raped because it is such a big crime that everyone is being tried around the father instead of the police actually knowing the facts.

With my hands folded, my client urges everyone to stop the Judiciary from doing its job and stop accusing my daughter of being a liar. ”

Actor Pearl V Puri is best known for TV series like “Naagin 3” and “Bepanah Pyaar”. Puri has garnered a lot of support from the industry, who have taken to social media to defend the actor. Notable faces from the TV industry, including Ekta Kapoor, Anita Hassanandani, Krystle D’Souza, Aamir Ali and Aly Goni, have shared publications for Pearl V Puri.