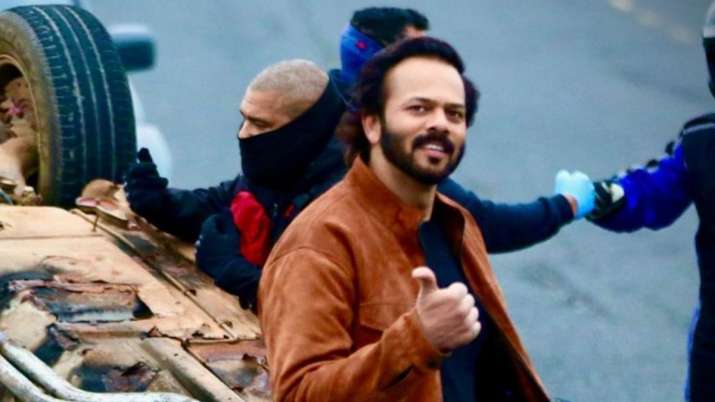 Filmmaker Rohit Shetty has said that it is mentally and physically difficult to organize a reality show based on the progress of “Khataron Ke Khiladi,” but he likes to keep the series on his toes. The 48-year-old director, who is returning to hospitality for the seventh time, said that what sets the show apart from any other program is the focus on exciting and daring circuits, especially what a celebrity does.

“It’s not a normal show, I need six months of my life. When you do a show like this, you have to be on your toes. It’s not like where you come from, like a show that sits and gives comments. This show is tiring, we work a few hours and months before to design the progress. It’s a challenge mentally and physically, “he told PTI.” Being a presenter of the show and also making progress in the show, I have to train myself. It’s a tiring show for me. But it’s an exciting challenge, “he added.

Shetty, known for her successes including the “Golmaal” and “Singham” franchises, said she was initially worried about whether people would accept her as a host or not, her only other TV appearance was as a judge on ‘Comedy Circus’.

“I started in 2009 with ‘Comedy Circus’ and then I went to ‘Khatron Ke Khiladi’, which is another kind of show. When I did my first season I was afraid people would accept me as a presenter of such a big show. People have accepted me. and I’m happier and happier now, ”they said.

The 11th season of the show, which is so popular this time around, was filmed in Cape Town (South Africa) last month under strict COVID-19 security protocols. “Khatron Ke Khiladi” will begin airing on Colors TV on July 17.

“There was fear and everyone should be scared … You can’t be brave, it’s stupid to say I’m brave enough to go for a season or shoot. When we went to Cape Town, we all had to follow rules and measures, SOPs, etc.” Strictly follow the instructions. we followed them and we didn’t leave the hotel for 45 days and we regularly did COVID-19 tests and sanitation. We followed all of that and I’m happy, ”Shetty said.