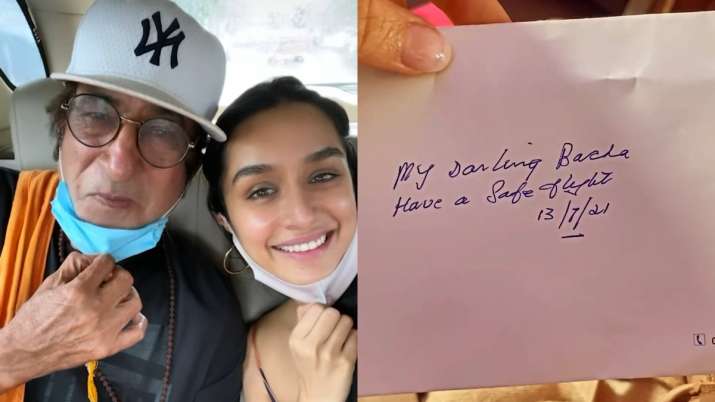 After a three-month hiatus due to the wave of the second coronavirus, Bollywood is slowly getting underway as the shooting of several major films has resumed. When Bolivary actor Shraddha Kapoor left Mumbai while Luv Ranjan was filming his next project with Ranbir Kapoor, he received a sweet surprise from his beloved Daddy Shakti Kapoor.

Shakti Kapoor gave the actor a nice letter when he moved to another city. Shraddha took his Instagram stories and shared several photos and boomerangs with his father, his clever friends and his team. One of the stories also mentioned about the letter given by his father.

In one of the stories, her pet was sitting on the floor, and Shraddha put the story under the title “Hardest Greetings” with a crying emoji. In the second video of Boomerang, his father went to the airport. The actor says in this Boomerang video that “he falls at Baapu airport.” 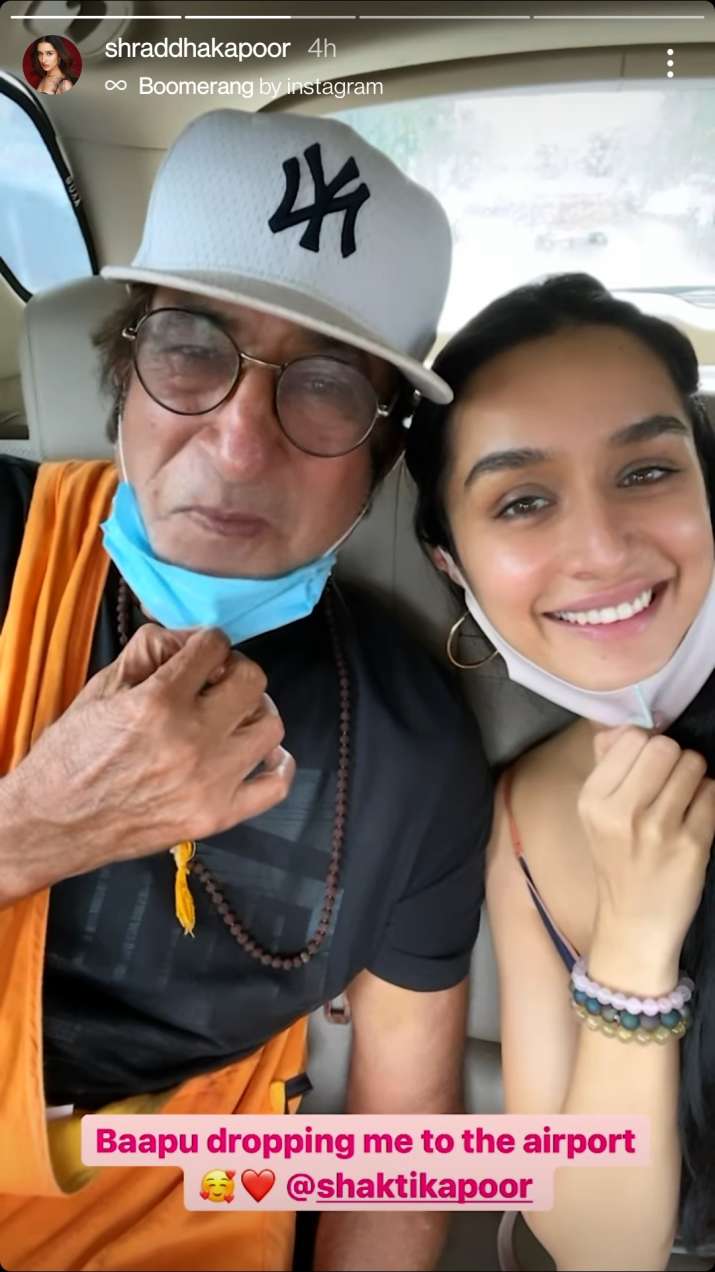 And the final story featured a nice letter from Shakti Kapoor to her daughter. Shraddha mentioned in his story that his father asked him to open that letter after boarding the flight. There was a note written on it: “My dear Bacha, have a safe flight.” On the other side, it was written, “Don’t worry, I’ll take care of your plants.” 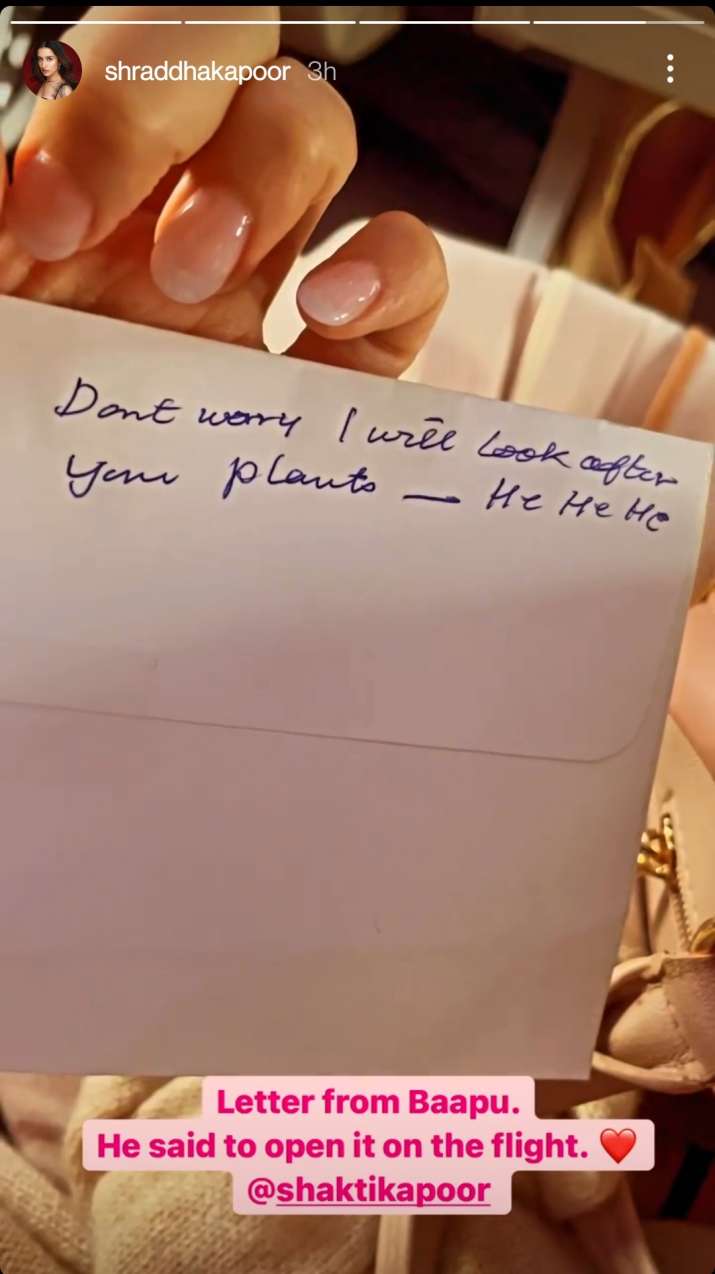