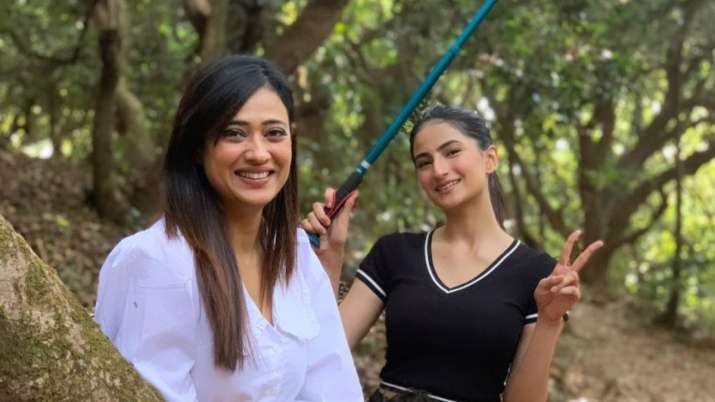 Shweta Tiwari is a proud mother, as Palak Tiwari’s daughter prepares to make her Bollywood debut with the horror film “Rosie: The Saffron Chapter”. However, the TV star regrets that Palak could not offer beyond his help, mainly because he belongs to another industry.

“I feel very proud because he got everything he did with his hard work and his auditions. I was there to help. I couldn’t give anything else to the industry. (I’m) Television will enter the film industry,” Shweta told IANS.

Shweta, who is 40 years old, has been in the TV industry for more than two decades. He gained fame in the film “Kasautii Zindagii Kay” with the performance of Prerna Sharma Bajaj, and later participated in sessions such as “Parvarrish”, “Begusarai” and “Mere Dad Ki Dulhan”.

“The way I work in these two industries is completely different. I think I couldn’t help it much, I feel sad. The girl is a worker and I’m very proud,” the actor added.

Shweta will soon be seen in the 11th season of “Khatron Ke Khiladi” hosted by filmmaker Rohit Shetty at Colors.

Speaking of Palak’s debut film, it is based on the sudden disappearance of a woman named Rosie from Gurugram who was an employee of a BPO company. After a nationwide hunt for a new Talent to play the titular character out, the makers made a ruckle to Palak.

The film stars Vive Oberoi. Prernaa V Arora, who presents the film, says: “We started filming Rosie: Saffron Chapter in December. It was a tough shoot between the new normal, but everything went well. We put a group of young and ambitious people on our feet to make our dream come true “Now we can’t wait for the final schedule of the film to start. We look forward to our teaser with Amore Love and everyone’s help.”