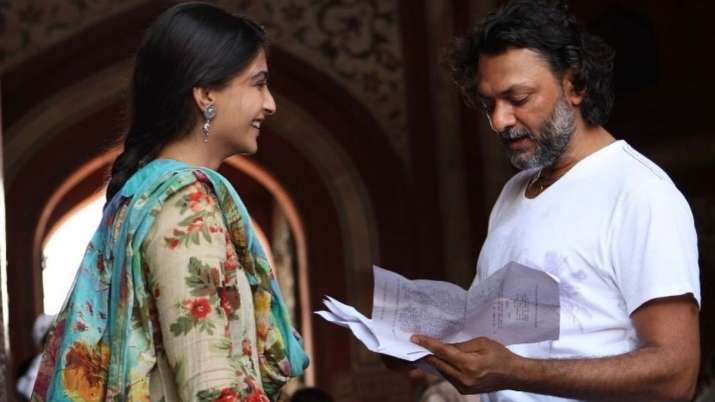 Writer-director Rakeysh Omprakash Mehra has now released films such as ‘Rang De Basanti’, ‘Delhi 6’ and ‘Bhaag Milkha Bhaag’ for the industry as he prepares to present his autobiography ‘The Stranger In The Mirror’. , the cover of which is presented by actor Sonam Kapoor. The foreword to the autobiography was given by AR Rahman and he has collaborated with the director on both ‘Rang De Basnati’ and ‘Delhi 6’. The foreword to the book was given by Aamir Khan, with whom he worked on the hit film ‘Rang De Basanti’. Sonam and Rakeysh collaborated on the critically acclaimed ‘Delhi 6’ and ‘Bhaag Milkha Bhaag’.

The actor went on social media to share the first look of the book and shared a photo with Rakeysh. Sonam wrote this post: “#FIRSTLOOK. Mehra is a great advisor to any actor in the industry. Returning his mind and vision to the screen is truly magical! Now he is sharing his vision and career with everyone through #TheStrangerInTheMirror. Here you have @rakeyshommehra- first look at the autobiography of. Published July 27, 2021. “

"He was a pretty tough character physically"
Read More

‘The Stranger In The Mirror’ will hit the Indian stands on July 27 this year. The book is written by Reeta Ramamurthy Gupta and includes first-person accounts of some of the most prolific names in Indian film and advertising: Waheeda Rahman, AR Rahman, Manoj Bajpayee, Abhish Bachchan, Farhan Akhtar, Sonam Kapoor, Raveena Tandon, Ronnie Screwvala R. Madhavan, Divya Dutta and Prahlad Kakar.

Rakeysh began his career as an advertising filmmaker. He made his directorial debut in 2001 with ‘Aks’ starring Amitabh Bachchan, Manoj Bajpayee and Raveena Tandon. He has offered several successful films such as ‘Rang De Basanti’, ‘Delhi-6’ and ‘Bhaag Milkha Bhaag’, among others. His latest release, ‘Toofaan’, is airing on Amazon Prime Video.