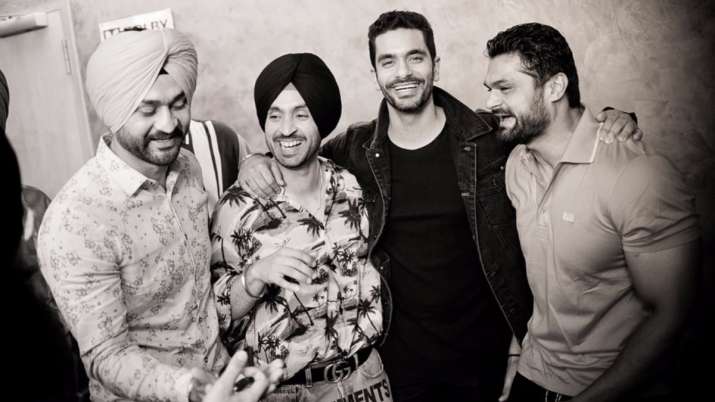 Tuesday was a nostalgic day for actors Diljit Dosanjh and Angad Bedi, as ‘Soorma’ celebrated its third anniversary today. Angad and Diljit both shared Memories from the ‘Soorma’ session.

Recalling that he was working on the film, Angad wrote: “3 years to a film full of hearts !! Thank you @sandeep_rebirth for your story. @ Bikrannjeet007 for your sacrifice !!! my soul brother @ diljitdosanjh Dosanjhwala for bringing a lot of life and strength to the character of this film. @ taapsee for bringing her magic and making Preet the most beautiful .. @shaadalisahgal @chitrangda @sneharajani_ for believing us all. “

He also thanked veteran lyricist Gulzar and music composer Shankar Mahadevan for giving the film a strong musical touch. “… especially for the lyrics of @gulzarofficial sahaab and the voice of @shankar.mahadevan sooma !!! Waheguru,” Angade concluded.

Dilit shared a photo with Angad and wrote, “Brothers.” Notably with the film ‘Soorma’, actress Chitrangda Singh started her production.

For the uninitiated, ‘Soorma’ is based on the life of the legendary hockey player Sandeep Singh. Actress Taapsee Pan also starred as director Shaad Ali.