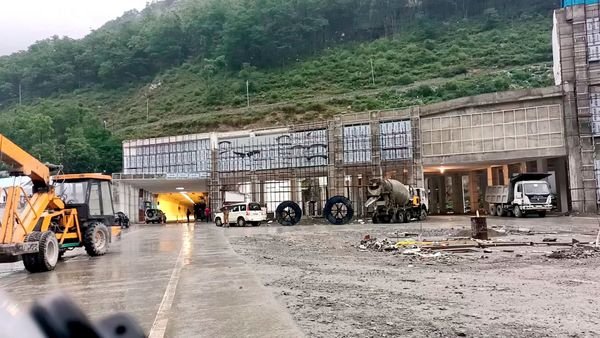 The all-weather tunnel linking Jammu and Srinagar will soon open. Everything you need to know

The all-weather tunnel linking Banihal and Qazigund in southern Kashmir will be launched this month. Located on the Jammu-Srinagar 270-kilometer national road, this tunnel will help reduce the distance between Jammu and Srinagar by about 16 km. According to the construction company, the tunnel is in the process of being tested and commissioned.

The 8.5 km long Banihal-Qazigund tunnel was built at a cost ₹2.1 billion. Construction of the tunnel began in 2011, and it took more than 10 years to complete the project. Work was delayed for a number of reasons, including the unexpected condition of the ground inside the tunnel.

The construction company has obtained permission to test the traffic in the tunnel using the Austrian Tunnel method. “We are currently in the process of launching the tests including ventilation and electrical system after all necessary equipment has been installed,” said Muneeb Tak, CEO of Navayuga Engineering Company, the new PTI agency.

The tunnel has two pipes at a distance of 500 meters each as an emergency exit point. Muneeb Tak, general manager of the construction company, said they are testing tunnel ventilation and electrical equipment. For safety and security reasons, 126 jet fans, 234 CCTV cameras and a fire protection system have been installed throughout the tunnel.

This tunnel will bypass the Jawahar tunnel and Shaitan Nala on the existing route of the highway. Both of these places are one of the biggest obstacles to traffic when the weather is bad. The national highway is often closed due to heavy snowfall in the winter, as the current highway is prone to snowstorms and avalanches. The new tunnel will avoid all these challenges and turn the road from Srinagar to Banihal into an Expressway.

The new tunnel has been built 400 meters below the Jawahar tunnel, the only all-weather road that connects Kashmir and the country passes through the Banihal pass. The height of the highway near the Jawahar tunnel is 2,194 meters above sea level. The average elevation of the Banhial-Qazigund tunnel is 1790 meters.