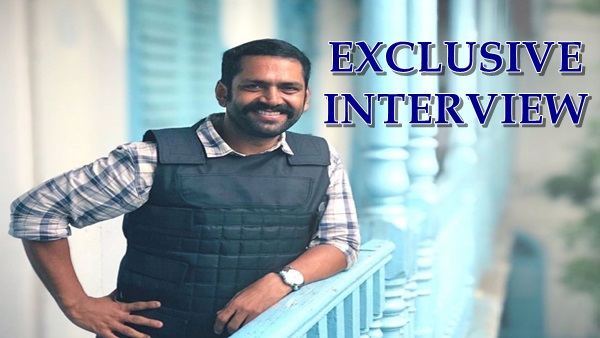 How does it feel to share screen space with Manoj Bajpayee again in The Family 2?

The Chemistry I share with Manoj Sir is very interesting. I would love to work with him every day, in every movie. In addition to acting, there are many more things and life lessons to learn from him. I’ve been a fan of his since I saw Satyan, and sharing screen space with him was like a dream. I feel happy to meet him.

The friendship with Manoj was loved by everyone in the first season. Do you share the same link off-screen?

I found a great friend, philosopher, guide, brother wrapped up in him. I would love to work with him again and again. I have shared most of my scenes here

Family Man
with him, so I spent a lot of time with him on and off screen. And now we’ve shot it in two seasons, so a special bond has been created between us.

Srikant and JK are considered the best “best friend couple” in the world. What do you have to say about that?

I still remember Mr. Manoj and I clicked on it on the 1st day. On the first day, we did all the car scenes, including the now famous emoji scene, and we did a ball shot. I have a great time with the popularity of the couple we have on social media. There are several tweets that stand out on the Chemistry screen between Srikant Tiwari and JK Talpade. From the right ‘Just JK … Chalein JK’ to ‘Vada Pav Meme’ to ‘FOMO, LOLO, ROFLO’. Amazon Prime Video has also shared some of our fun images from the show. I was browsing the internet and there I found a fan who wrote “Suchitra jaisi wife ho na ho, Ek JK jaisa Dost humesha chahiye life mein” by a fan. I hope that in the future we will be able to do a project that will have us in completely different avatars.

How different will your character be in JK The Family Man 2?

All I have to say is Mausam ke badalne se hum character Nahi badalte! Yes, there are surprises and novelties in everyone’s characters, Mr. Manoj or me. People loved JK in the first season, and I plan to keep his features intact so people can love him in the second season as well. Kabhi Kuch Naya karne ke chakkar main log gadbad bhi kar dete hain! So why break it, when it doesn’t bend. Everything you saw in the first season, the fun, excitement, adventure and excitement will double in the second season. It will be gratifying for the audience. And the people waiting

The Family Man 2, worth the wait.

Following the preview of The Family Man 2, it is receiving a lot of criticism from the Tamil audience. What do you have to say about that?

You only saw the trailer. I urge everyone who has a problem with the series to see it first and then decide for yourself.

Samantha Akkineni is the new complement to the actors this season. Can you share with us the experience you work with?

It has been wonderful to work with Samantha. Even though she is a huge star, she works easily. He’s a great co-star. I had a great time working with him. We are part of a series of action sequences and I was surprised to see Samantha make some difficult progress without the help of an advanced person. He accidentally hit me in the face in one of the action scenes. Although I wasn’t hurt so much, he apologized every time he saw me. It is very delicious.

After gaining recognition for his work in his film, you have participated in some of the most popular films and web shows. So how hard was it for you to get your place in Bollywood?

About his film, nothing big happened in his career. Then

Asur
it came out in March last year and garnered tremendous love and appreciation from the audience. The show is completely word of mouth. Then

1992 fraud
came. I only had two scenes in the series but the audience still remembers me as Bellary. Despite its small role, it was very significant. I feel very happy that I was offered that role.

Fraud
I believed that the length of the role didn’t matter.

Tell us something about upcoming projects?

I am very happy for June 4th

The Family Man 2
it is being released. It may even be launched

Daka
With Kangana Ranaut around October 2021. Apart from that, there are many projects

Mission Majnu
With Sidharth Malhotra and Rashmika Mandanna, a web series for Hotstar and some interesting projects aligned for the future.

Finally, what advice would you give your fans in the midst of this Pandemic?

Times are tough, but we Indians are tougher. With unity, peace and empathy, we can do great things as a Nation. It is important that your work is safe and that the people around you are safe and integrated. Don’t lose hope.