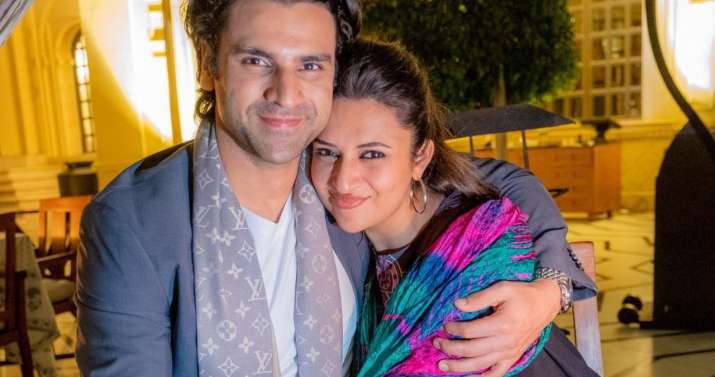 TV actress Divyanka Tripathi is in Cape Town, where she is filming the 11th adventure-based reality show Khatron Ke Khiladi, in which she fulfills her duties while missing her husband Vivek Dahiya. On Friday, they shared a photo on Instagram where they can be seen lying on the couch and sleeping. The actor complains about the difference in hours he sleeps on the couch.

Vive Dahiya said, “Damn this time difference.” Apparently Vive was talking to the divyanka on a video call or maybe he was waiting for the call and fell asleep.

Earlier, Divyanka revealed that it has been so long since they were married in July 2016. “It’s the first time since I got married that I leave Vive alone for so many days. We’ve been thrilled so many times. Last week, we were preparing for the day I’m going to Cape Town. And going makes me very sad,” he told IANS.

When Divyanka left for Cape Town, Vivek wrote her an emotional note and encouraged her for the tasks as well. He recalled that the actor refused to have double bodies at YHM and made his progress.

Karan Mehra-Nisha Rawal: "Best friend of actor Rohit Verma" says "he needs to stand up and give a brave fight"
Read More

“He asked us common questions because of the current scenario. But then we moved on with the idea; the show has to move on. Since then, I was scared tonight when he had to see me at the airport and see me back. To an empty house (home only when you’re around); when all the little ones would remind me, ”he wrote.

“I’m very proud of your adventure trip. I’ve been watching videos of past episodes and I feel like you’re going to see my NCC girl. You jumped off the plane with a smile. You’re going to cross this. denying that you chose to have a double body. Live my lady, you are ready for that. Conquer your fears and win the Glory of your Victory. Until then I will sleep by the side of the bed 🙂 “, he added.