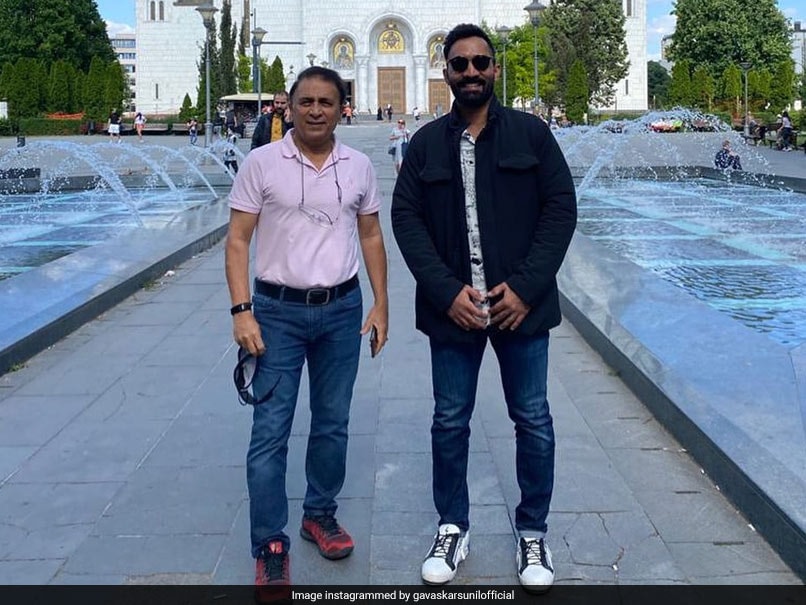 Former India captain Sunil Gavaskar took to Instagram on Friday as Dinesh Karthik, the goalkeeper rower, will make his debut in the comment box, lucky before the World Test Championship final. Gavaskar shared the photo with Karthik and wrote “I made my India Test debut when I was an advisor to the Indian Cricket team. Now he will make his debut with the WTC final. I’m sure he will do well in the box too. Good luck @ dk00019!”

The Wicketkeeper-batsman thanked Gavaskar for his “Blessings.” “I will be glad to be by your side, thank you Lord of Blessings,” Karthik left in a comment on the legendary council’s message.

India will host New Zealand in the World Test Championship (WTC) final, starting June 18 at the Ageas Bowl in Southampton.

The Indian team landed at Heathrow Airport in London on Thursday and will face a tough quarantine for three days. Once the tough quarantine is complete, players will be allowed to train in small teams.

Captain Virat Kohli, vice-captain Ajinkya Rahane and many Indian players Rohit Sharma shared photos of the Southampton stadium hotel on social media to heighten the excitement of the fans waiting for the crisis action.

Following the WTC final, India will face England in a five-match Test series, starting on August 4, with the final Test match set to begin on September 10th.